A Markiesje was recently sired by a Powderpuff, also known as a Chinese Crested Powderpuff. That gave quite a few comments on the social media. Why did the breeders do this? The Markiesje is a Dutch breed whose studbooks are still open. They have a small gene pool and can therefore use animals without pedigree to increase the genetic variety.

An investigation that was done recently advised the same. The question though: Where does one find such dogs?

In the southern countries of Europe, we regularly see these types of dogs. But then, nothing is known about the health of these animals. And besides, they are often castrated when they come to the Netherlands, and therefore no longer useful. An option is to breed a dog yourself and then have it entered in the studbooks. In other words: create a look-alike. To do this one takes a Markiesje and cross-breed it with another breed. You probably need to cross the puppies first but after that you have look-alike that will look pretty much like a pure Markiesje. The benefits are clear: you know what you have and if the used breed is chosen with care you know from bith sides what you are dealing with. The question is, of course, who’d be willing to do this?

Carolina and Dik Things thought is sounded pretty okay. They thought of a Powderpuff. But for such a project, they wanted agreement and cooperation and thus back up from the breed club. And that is what they were given.

Biologist Agnes Meiling is a member of the Health Committee of the breed club: "Why the choice for Powderpuff? The choice for a breed to cross with is first of all to the breeder who breeds the litter, but of course the club also looks for a breed that makes sense and might possibly lead to healthy, breed typical dogs. The Powderpuff appealed to us because it's an elegant little dog without signs of dwarfism, just like the Markiesje

In confirmation, the breeds closely align. When comparing the breed standards many similarities are seen, although the big difference in fur might hide that. Both have an elegant, somewhat long head with present but not excessive stop, with almond-shaped eyes that are average in size and do not protrude, and a complete and straight scissor bite. The latter sometimes is a problem in the hairless variant of the Chinese crested as the gene that causes nudity can also affect the teeth. Fortunately, for the hairy powderpuff there is no problem due to the absence of the hairlessness. The ears are a point where both breeds differ. They are set high and hanging while the powderpuff has low onset ears and both pricked and hanging ears occur. This is a point of attention for future generations. Just like the Markiesje, the Chinese crested dog is elegant with fine bone and it has a body slightly longer than high. We hope to see the straight back and good angulation of the Chinese crested dog with the F1 puppies and future generations. "

This sounded good. Carolina and Dik searched and found a suitable male and that was’t easy. Because there are some differences between the breeds. For example, the Chinese crested dog is smaller than the Markiesje according to the breed standard, but luckily a line was found in which the height closely matched the standard of the Markiesje. In terms of behavior and temperament, the two breeds closely match each other as well. Of course, that is not a coincidence, because they are both companion dogs from breed group 9. They are both easy going, friendly and happy dogs who like to be close to their boss and are also very happy to be active in sports like agility.

Of course, health is a very important point in choosing a breed to cross with. Most of the problems known in the Chinese crested dog are caused by the hairlessness, but also in the Powderpuff variant some problems are known.

Fortunately, a DNA test can be done for the Primary Lens Luxation (PLL).

The chosen male is free obviously and will not introduce this disorder into the Markiesjes’ population.

Furthermore, Patella Luxation is a problem often seen in small breeds, including the Markiesje. So it was very important to choose a free sire from a family in which PL isn’t present, and that was found as well tob e succesfull. The male had to be tested according to the Meutstege protocol that the breed club uses for PL and passed the test succesfully.

The Markiesje Association demands that dogs used in breeding meet the health requirements set in their own breed and also in the breeding regulations of the Markiesjes club. And so what seemed to be a crazy idea at first, eventually received approval from the Markiesjesvereniging.

The biggest, most noticeable difference is the coat, and that is of course not nearly as important as health or confirmation. This coat difference is caused by the bearded gene. Because this is a dominant gene, the first generation will probably be bearded, but i twill only take a few generations to select. Carolina and Dik are full of confidence about this. Recently the litter was born: two bitches and a male. All three all black and not yet distinguishable from a pure Markiesje litter so far.

The pups all will go to very involved breeders who hope to contribute to the preservation of this remarkable Dutch breed. 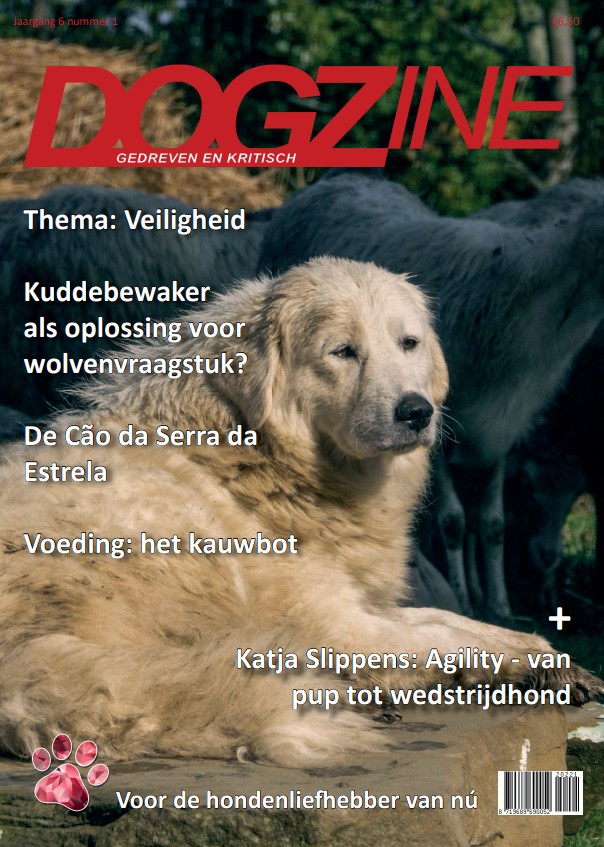 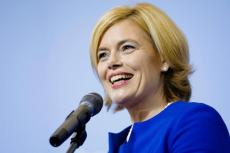 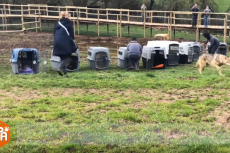